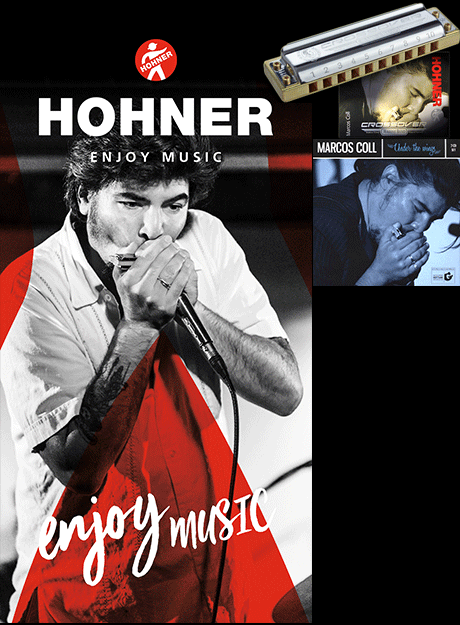 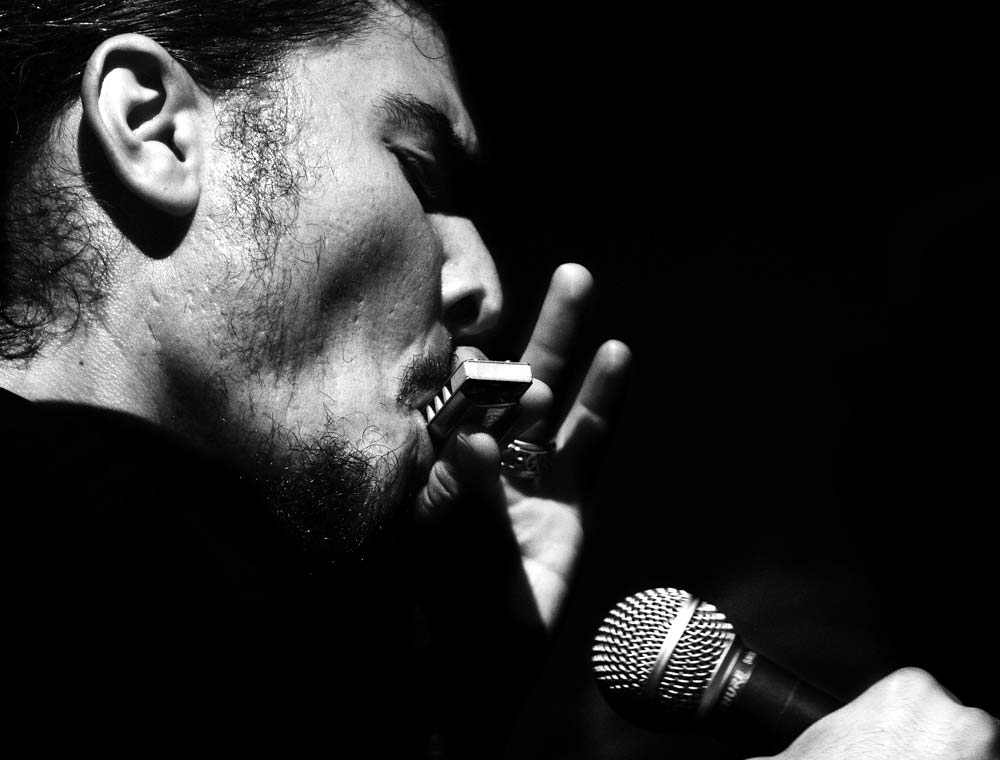 Marcos Coll was born Madrid (Spain) in 1976 but soon moved with his family to Santiago de Compostela, in the northwestern Spanish region of Galicia. He started playing the harmonica at the age of 13, influenced by his musician uncle and by Spanish blues harp legend Ñaco Goñi. After playing with different amateur bands, such as the Red Bues Band, he formed his first professional band called Bluerags. In 1999 Coll moved back to Madrid to join the most famous Spanish blues band at that time, Tonky Blues Band. With this band, at the age of 21 he had the opportunity of touring and recording with rock and blues legends like Mick Taylor (Rolling Stones ) or Buddy Miles (Jimmy Hendrix Band of Gypsys) and even did a blues gig with Tom Jones(!).

After those years of great experiences, Coll was ready to form his own band, Los Reyes del KO, along with his soul brother, Adrian Costa.  Los Reyes del KO (literally, The Knockout Kings) soon became one of the top blues bands in Spain and Europe, earning awards and recognition, sharing bills around the world with such all-time greats as Buddy Guy, Johnny Winter, Chuck Berry, John Mayall, Solomon Burke, the Animals, Robert Cray and the Fabulous Thunderbirds, and even appearing in high school music textbooks in Galicia

In 2004 Marcos Coll moved to Berlin, where through well-known German blues musicians like Chris Rannenberg and Micha Maass he soon became part of the blues scene in the German capital.

As a studio musician he has recorded with nationally famous Spanish bands such as Siniestro Total, and has recorded music for TV and silent movies.  While Coll is not prolific songwriter, some of his songs have been used in TV series and movies, such as Mexico’s blockbuster "Suave Patria,” or the song that is one of the anthems of the Spanish first division basketball team Obradoiro CAB, where the young Marcos Coll played on the junior team.  He has also worked as a harmonica teacher in music schools in Spain and today does workshops and gives master-classes all over the world in Spanish, English and German.

As an endorser of the world famous German musical instrument manufacturer Hohner, in 2009 and 2013 Coll performed, conducted a workshop, and was part of the jury at the most prestigious harmonica festival, the World Harmonica Festival, held every four years in Trossingen, Germany.

Nowadays, besides performing as Marcos Coll Blues Jarana, he also works often with the legendary bluesman Guitar Crusher, as well as with his Mexican Latino music band Los Mighty Calacas, which has toured all over the world and has released a CD featuring such top guest musicians as Charlie Musselwhite.

Besides the discography with Los Reyes del KO, Los Mighty Calacas and other collaborations, particular attention should be paid to Coll’s double album CD "Under the Wings,” a mixture of old classic blues and more modern funk, Latin and hip hop, which looks back over a 20-year career and includes recordings with such legends as Buddy Miles, Mick Taylor, Aaron Burton, etc.  Coll has presented “Under the Wings” on his tours of Europe, America, Asia and Africa.

Since September 2014 Coll has been hosting his weekly Monday Jelly Roll Session at Berlin’s famous White Trash Restaurant and Club.

Also in 2014, and in collaboration with Ambar Multimedia, Coll launched a modern online harmonica course called Harp & Soul that quickly attracted students from around the world.

In this 2016 along with the italian guitar player and singer Stefano Ronchi they published their new cd ¨Street Preachin" that mixes traditional Delta and traditional blues with modern beats like hip hop.

In 2019 along with the young Chicago scene sensation Will Jacobs, publishes “Takin our Time“ his tenth record with Gaztelupeko Hotsak getting very good reviews. Also in 2019 Marcos makes his fourth appearence at the Seoul International Harmonica Festival SIHF.

In 2022 will be released his new record the was produced by Jairo Zavala (Depedro)at Infinity Studios where he revisited his roots of Galician, Manchego and Latin music and where most of the songs are original compositions. 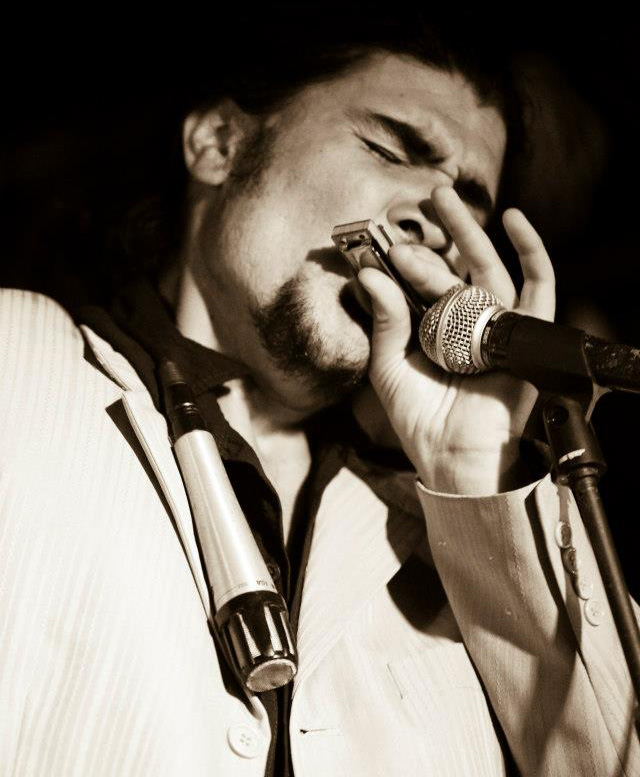 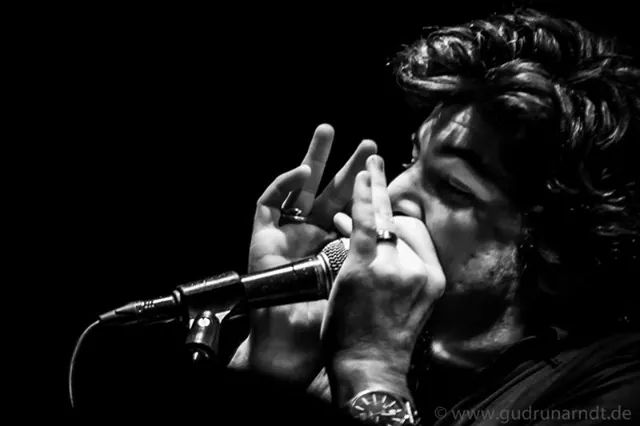 Harp & Soul "Learn the Secrets of the Harmonica"